The Golden Key International Honour Society is the world’s largest honour society that connects high achieving individuals locally, regionally and globally with lifetime opportunity, reward and success. The society focuses on academic excellence, leadership and community service. The top 15% of university students receive a Golden Key and a Golden Key Certificate for their performances. 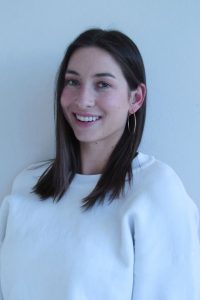 A former Union High School learner currently pursuing a Bachelor of Visual Arts (BVA) Degree at the Nelson Mandela University in Port Elizabeth has been honoured with membership to the world’s leading academic performance honour society.

Yente Retief, the daughter of Ronel and Jean Retief, was invited to join the Golden Key International Honour Society based on her outstanding academic achievements during her first year of study.

Membership into this honour society is by invitation only and applies to the top 15% of college and university students as well as graduate students in all fields of studies, based solely on their academic performance.

Yente matriculated from Union in 2018, where she not only achieved academically but served the school as a prefect and took the field for the school’s 1st hockey team.

She is currently in her second year at NMU, majoring in Photography.

Union congratulates her on this wonderful achievement and wishes her all the best for the rest of her studies.

“May your hard work and dedication continue to pay off, Yente!” 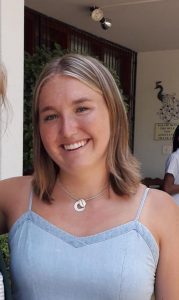 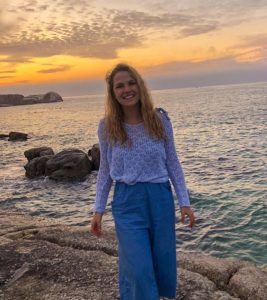 |A continuum of excellence |

In 2018, Union High School classmates Amanda Brink, Kelly Rose-Innes and Kirsten van den Berg did themselves, their families and their school extremely proud when they exceeded all expectations in their National Senior Certificate Examinations.

With 13 subject distinctions between them, they – respectively – managed to place 1st, 2nd and 5th in their class overall, with Amanda receiving the added honour of being awarded the Johann Rupert Achievement Award for being the top matric in Graaff-Reinet for 2018.

Now, little more than a year later, these young ladies are, once again, being celebrated as top achievers, with all three of them soon to be inducted as members of the Golden Key International Honour Society. 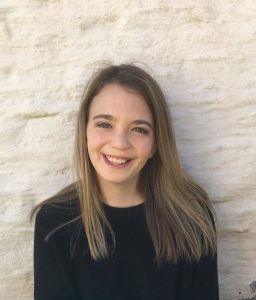 Membership into this international honour society is by invitation only and recognises individuals who show academic excellence in their respective fields in the previous academic year. The Soc

iety is made up of the top 15% of students in their selected disciplines.

• Amanda, currently in her second year at Stellenbosch University, is studying towards an Occupational Therapy (BSc OT) Degree.

• Kelly is also at Stellenbosch University working towards her Bachelor of Accounting Degree with the intention of becoming a Chartered Accountant.

• Kirsten is working towards her Bachelor of Arts Degree at Rhodes University. In addition to being invited to join the Golden Key Society, she had been placed on the Dean’s Merit List.

The Union community extends its warmest congratulations to Amanda, Kelly and Kirsten on this wonderful achievement! Absolutely outstanding! 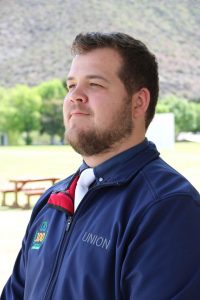 Embarking on a degree while working full-time can be extremely challenging in terms of trying to balance work commitments and personal life, with the demands of academic studies.

This has, however, not deterred Union High School member of staff, JP Kruger, from pursuing his dreams and excelling while doing so.

JP, who is employed full-time as a technician at Union High School, is currently enrolled in the North-West University’s distance learning programme and working towards his Bachelors in Education (BEd Degree).

JP was awarded the Golden Key membership in recognition of his stellar academic achievements during his first year of study.

Being an Old Unionite, having matriculated from the school in 2017, JP hopes his accomplishment will serve to give the school’s learners and anyone else who could use it, the inspiration needed to earn a degree while working full-time.

The Union community congratulates JP on his newfound membership to this collegiate honor society.

It just goes to show what can be achieved with dedication, hard work and an unremitting devotion to the things you want to succeed in. 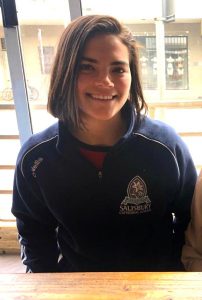 Kerrin Kingwill, who is currently a second-year student in the University of KwaZulu-Natal’s MbChb degree programme, was recently invited to join the prestigious Golden Key Honours Society.

Kerrin, the daughter of Bronwynne and Kayne Kingwill, matriculated from Union High School in 2017, obtaining 6 distinctions and an A aggregate.

In addition to excelling in academics, Kerrin also served the school as a prefect and as the captain of the first girls’ tennis team.

After matriculating, Kerrin spent a gap year at the Salisbury Cathedral School where she took advantage of the opportunity to tour many European countries – one of the most formative experiences in your life.

In 2019 she enrolled at the University of KwaZulu-Natal to tackle the 6-year Bachelor of Medicine and Bachelor of Surgery degree programme.

Since then she has continued to excel in her academic career, passing all her first-year subjects with distinction.

Not only has she been commended by the Dean for her academic achievements, but she has also received the Vice-Chancellor’s Scholarship for ranking in the top five students of the University’s Health Sciences Faculty for every semester that she has completed so far.

The Union community is exceptionally proud of Kerrin’s dedication to her studies and achievements in this regard, the Golden Key award being the latest, but by no means the last of them.

We wish her all the best as she continues her studies and thank her for being such as wonderful ambassador for the Union Schools. 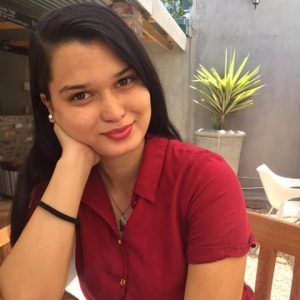 Yet another one of Graaff-Reinet’s bright young minds has been invited to join the esteemed Golden Key International Honour Society.

Tracy-Lee Abels, who matriculated from Union High School in 2018, is currently in her second year of studies at the Nelson Mandela University in Port Elizabeth where she is pursuing her Bachelor of Arts Degree, majoring in English and Anthropology.

Tracy-Lee was recognised by Golden Key after her final grades in her first year of study placed her among the top 15% in her field of study at the University. 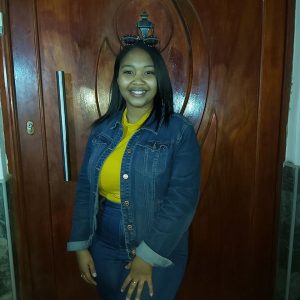 | Another Unionite earns their Golden Key |

Rezayda Baartman’s tenacity and passion for her field of study, has resulted in her being awarded a lifetime membership to this prestigious honour society.

Rezayda is a proud alum of the Union Schools, having spent 12 years at Union, from Grade 1 to Grade 12, matriculating in 2016.

She is currently in her fourth and final year of her Bachelor of Social Work Degree at the Nelson Mandela University.

While Golden Key membership begins with academic excellence, the Society’s core mission is to enable members to realize their potential through three pillars: academics, leadership and service.

A lot of hard work goes into qualifying for Golden Key Society membership, therefore we’re exceptionally proud of Rezayda and wish her the best of luck for her last year of study! 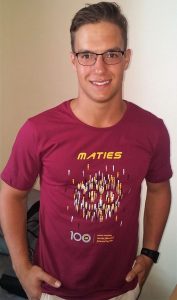 Graaff-Reinet local Gerrit Brink, the son of Sanette and André Brink, was recently invited to become a member of the Stellenbosch University’s Chapter of the esteemed Golden Key International Honour Society.

Gerrit, now a second-year student at SU, matriculated at Union High School in 2017, third in his class, boasting an A-aggregate and six distinctions.

By also excelling in his studies towards a BEng degree in Mechatronic Engineering at Stellenbosch University, Gerrit has now earned himself a lifetime seat at the Golden Key Society table.

The award is in recognition of Gerrit’s academic excellence and leadership while studying towards his degree.

Golden Key membership is the highest university accolade awarded only to students in the top 15% per field of study in any undergraduate and post-graduate degree programme, and it’s strictly by invitation only, so yes, a lifetime membership is no trivial feat.

Gerrit will be presented with his award in October of this year.

• More about Gerrit’s field of study:

Mechatronic engineering is a new focus area in engineering that promises to become even more important in the future, both in South Africa as well as internationally.
With automation as the current key to productivity, the need for mechatronics (which makes it possible to generate simpler, more economical, reliable and versatile systems) increases by the day.

Mechatronic engineering is an interdisciplinary engineering field that specialises in the control of advanced hybrid systems.

These systems are found in numerous industry sectors where mechanical and electronic engineering are interfaced with computer systems, such as aerospace, automotive, chemical processing, computers, communications, electronics, healthcare, manufacturing and mining.